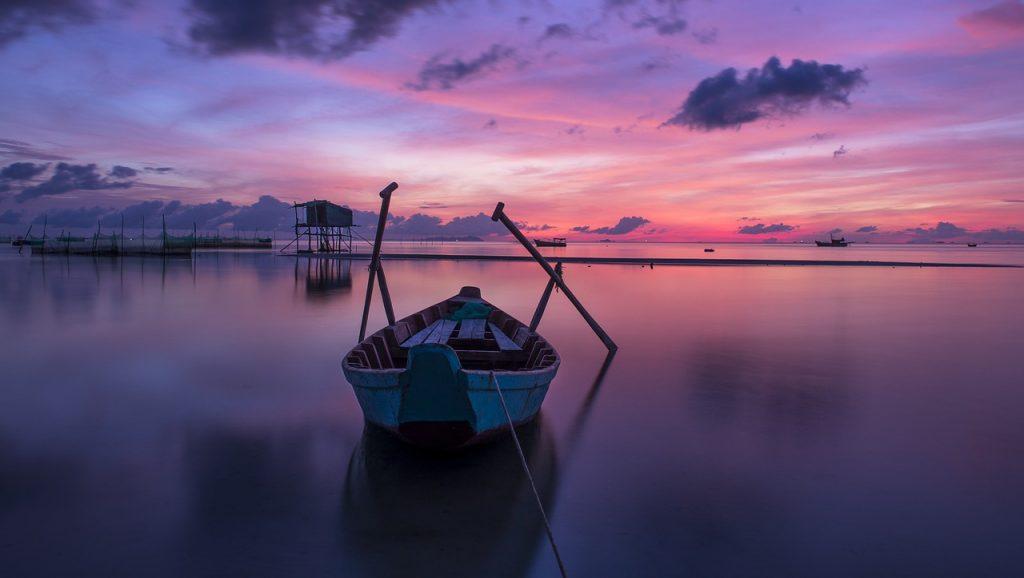 Even after spending more than 50 years, the Sunfish is still hailed as the most famous sailboat that was ever built. The popularity of this sailboat is mainly because of its easy portability and low price but apart from these two factors, it also sails well and is a perfect option for both seasoned and novice sailors alike. A Sunfish is usually a daysailers used for active sailing and it is a single-handed boat. If the water isn’t flat and the wind isn’t light, you will most likely get wet but if you only wish to make the most of it for fun and its user-friendly nature, the Sunfish is undoubtedly the best option. You just have to move your body when you sail and you can never go wrong with this sailboat.

Learning the pros and cons of Sunfish sailboat

Features of a Sunfish Sailboat

How to store your Sunfish sailboat through the winter season

Though it is a fact that your Sunfish won’t face any issue with cold or hot temperatures but still there are few things that you should do in order to safeguard the sail rudder, the hull and the centerboard from dirt, sun and rain. Did you have any idea that the UltraViolet rays from the sun are damaging and just as it damages the human skin, it can also damage the upper layer of the sailboat?  Hence, just covering the boat with a tarp will not always be enough as you also have to take care of the fact that you don’t keep your boat under the sun. You may get for yourself the costly blue tarps made of plastic and tie them securely.

In case you wish to store the Sunfish right-side upwards, you have to put the mast and spars on top thereby making a high point for the tarp so that water doesn’t enter easily. However, one thing that you should not is that this is only possible when the tarp is stretched throughout the winter season which will most likely not happen. Give in a little bit of padding in between the boom and the deck so that there’s no chance of scratching.

So, don’t you think that’s a lot of information on how you should store your Sunfish sailboat? If you are a crazy sailor who has a Sunfish, try to take the best care of it so that you can retain its good quality for the years to come.

Who is the Sunfish sailboat dedicated to?

Alcort Inc. is the maker of the sunfish sailboat and these kinds first appeared nearly in the year 1952 and then they were considered as the ‘next generation’ improvement of the actual boat, called the Sailfish. The Sunfish is a personal size, beach-launched sailboat that features a flat hull that carries a crab claw and a sail that is mounted on an un-stayed mast. Thanks to its huge appear that it was commended by the American Sailboat Hall of Fame in 1995.

How to Store a Sunfish Sailboat?

While storing a sunfish sailboat, you may either put the hull right-side up, uprightly standing or upside down. In case you have a big house where you can accomodate the boat in its normal pose (that is kept on the water), you can do so or else you can place it right side up or upside down. The benefit of the former position is that it lets you place rigging, spars and the mast on top. Experts suggest that the ideal way of storing a Sunfish boat is by keeping it upside down.

What are the most popular Sunfish sailboat models?

Hallberg-Rassy, Beneteau, Nautor’s Swan, Hinckley Yachts, Amel Yachts, Catalina Yachts, Oyster Yachts, Tartan Yachts, Island Packet Yachts and Sparkman & Stephens are the few major sunfish sailboat brands. All these brands have become popular due to more than one reason. You have to do a market research before choosing one for yourself.

PrevPreviousBuying small sailboats as a beginner – A guide to help you with the best deal
NextBuying your first sailboat – What are you going to buy and why?Next

Service for everyone, who is looking for information about water transport.

Choosing a lightweight kayak – A buying guide for the beginners

Scroll back to top